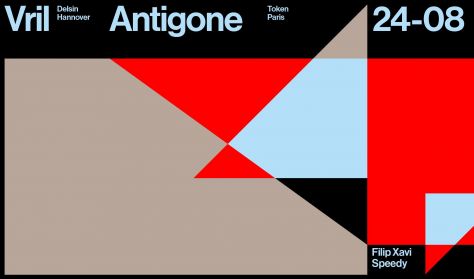 The end of August will see one of the tightest techno lineups at Drugstore so far. Resident DJ Antigone, whose allnighters have marked the last two seasons, will join the mysterios German producer, Vril, known for his releases on Delsin, Giegling, Semantica and Dystopian. This will be Vril's second Drugstore performance after a smashing debut in 2016. Local techno heroes, Filip Xavi and Speedy will be there to introduce us into the night and deliver a safe landing. After a memorable set for the cameras of Boiler Room, Filip Xavi had another spotlight moment with his latest release "Undercurrent" for Semantica. Speedy had numerous appearances at Drugstore as well as local summer festivals.