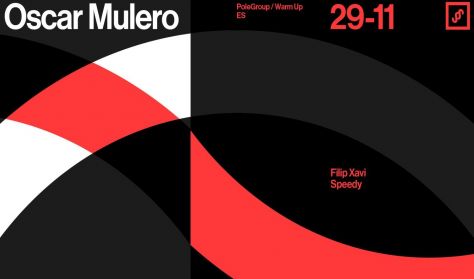 PoleGroup founder back in the Big Room after five years.

PoleGroup founder back in the Big Room after five years.

Spanish producer Oscar Mulero is one of the heftiest names in techno since the late eighties. As the founder of Madrid's techno institution The Omen, early in his career, Mulero opened numerous doors for good decisions and carrer opportunities in which he wrote the history of the genre alonside other of its legendary halloffamers. He was the first Spanish representative in Members of Mayday, has released many groudbreaking singles, EPs, albums and mixes such as the early and still inspiring About Discipline and Education, and set up two seminal lables, PoleGroup and Warm Up, to name just a few of his victories. This year, Oscar Mulero is celebrating thirty years of career. Congratulations and welcome!