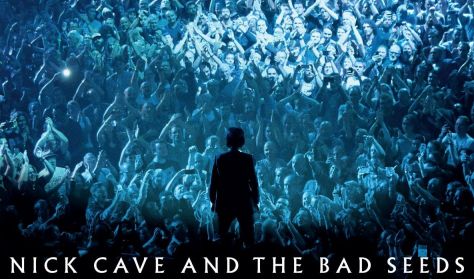 2.     This ticket is sold by the Promoters directly to the Consumer.  Any tickets purchased by business or traders in breach of the Terms and Conditions of Ticket Sale will be cancelled.

3.     This ticket may IMMEDIATELY BECOME INVALID if resold OR OFFERED FOR SALE.

4.     Ticket sales are limited to a maximum of six tickets per person.

Nick Cave & The Bad Seeds have rescheduled their European and UK Tour to start in Spring 2021. All original tickets remain valid. Dates and info here: nickcave.com/tour-dates

Nick Cave and The Bad Seeds’ concert in Belgrade will be held on May 15th 2021.

Regarded as one of the world’s greatest live acts, the band will perform in 19 countries including 6 shows in the UK.

On Nick Cave and The Bad Seeds Live:

"Joyous and unexpectedly triumphant” The Guardian

“Tense and thunderous at times, tender and cathartic at others. It’s masterful” The Independent

“An extraordinary response to the unimaginable” The Telegraph

Tickets on sale Friday 25 October 2019 at 10am local times at nickcave.com*

Nick Cave and The Bad Seeds' seventeenth studio album Ghosteen was released digitally on 4 October, and has been widely received as their best work ever. Vinyl and CD will be released on Friday 8 November, pre-order now at nickcave.com/ghosteen

“...Stunning double album that sets desperation against empathy and faith. On one level, it shouldn’t be surprising that it’s as good as it is...Nevertheless, listening to Ghosteen, it’s very hard indeed not to be taken aback” The Guardian

“Grand in design and filled with rare beauty and profound, poetic lyrics” The Sun

“A masterpiece of melancholy” Rolling Stone 4.5

“An extraordinary album brimming with agony, honesty and quiet wonder” The i

“Nick Cave is in the form of his life and Ghosteen is one of his greatest ever achievements.” 10/10 The Line of Best Fit

"On his new album, Nick Cave conjures a profound and powerfulsense of wonder” The Quietus

INFO (19.03.2020):Due to the new situation, Nick Cave and The Bad Seeds are delaying their European and UK tour to protect their audiences worldwide. A new date for the Belgrade concert will be announced soon. Ticket sales will not be suspended. All tickets purchased for the concert in June will also be valid for the new date. Please follow all further information on the facebook event.

Pink Floyd drummer Nick Mason arrives in Belgrade, along with his supergroup, to…

Get informed about the best programs! When click on "SUBSCRIBE" button, user accepts to receive Tickets.rs e-mail news.